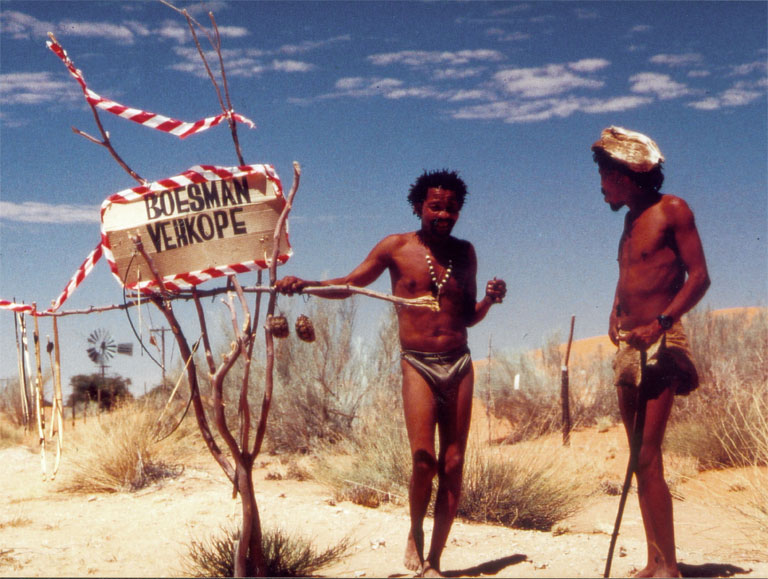 Filmed over three years the film tells the story of the last surviving South African Bushmen and their struggle to reclaim their land in the Kalahari Gemsbok National Park.
From the sand dunes of the Kalahari to the Johannesburg skyscrapers, the film follows the Bushmen leader, Dawid Kruiper, on his odyssey to reclaim not only his land, but to restore a disappearing language, tradition and culture. For most South Africans, the Bushmen are considered as a group that has “died out’ and their resurgence in the new South Africa has raised yet more complex and surprising issues.