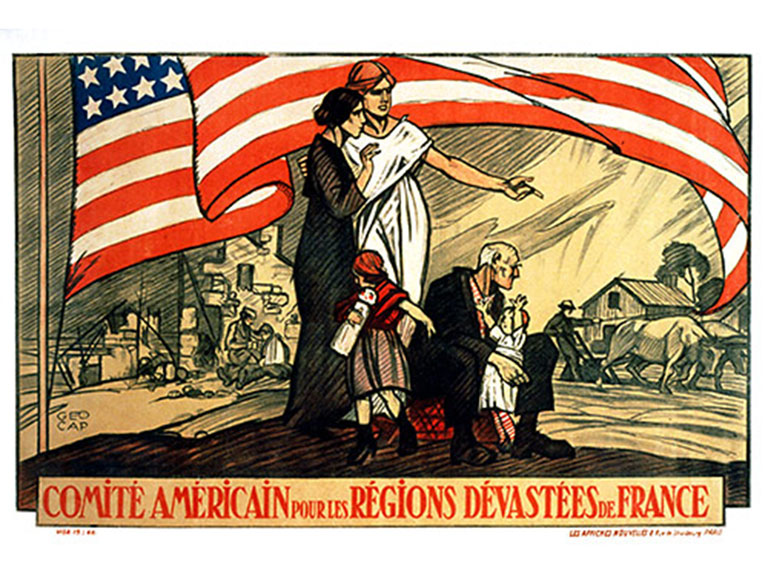 During WWI, Anne Morgan, daughter of the New-Yorker banker, moved to the devastated France along with 350 American women volunteers. The highly educated women, many were doctors, brought not only new treatments but greatly helped advance women’s rights in postwar France.
Conscious of the primordial importance of the media, Anne Morgan, a close friend to C. Chaplin, put together an in-house photography and film unit to raise awareness back in the US of this immense humanitarian cause.